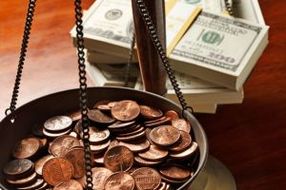 Most Americans probably think a major goal of philanthropy is to fight poverty. But a closer look reveals that giving by foundations and philanthropists exacerbates wealth inequality in the United States.

Look at some of the trends:

Philanthropy has always benefited such elite institutions, but as the richest Americans have gotten richer, they are creating an even greater gulf between rich and poor.

Just look at the giving patterns of most of the people who have signed the Giving Pledge, the effort by Bill and Melinda Gates and Warren Buffett to encourage their fellow billionaires to give at least half their fortunes away. It’s the same causes—colleges, hospitals, and other elite institutions—that keep getting money from the richest Americans.

It’s not only the Giving Pledge billionaires who are causing problems. The great transfer of wealth scholars have forecast for coming decades means that the nation will soon have more foundations that have tens of billions of dollars in assets. Gates and other wealthy foundations run by families like the Waltons, Buffets, and Bloombergs make giving decisions with limited input from anybody but a few friends and relatives of the foundation founders. We can soon expect a wave of philanthropic colossi that will allot billions of tax-subsidized dollars each year without the benefit of public discussion, citizen input, or the political process.

If the past is a barometer of the future, it’s hard to imagine the new mammoth foundations or tomorrow’s wealthiest donors will do much to fight poverty, help small nonprofits or watchdog groups, or expand efforts to encourage citizen participation in our democracy.

After all, the biggest 10 gifts made so far this year have gone mostly to colleges and hospitals. Harvard, Dartmouth, and the University of Notre Dame are among the biggest beneficiaries. Benioff Children’s Hospital in San Francisco and Memorial Sloan Kettering Cancer Center also have received gifts of more than $75-million.

America’s multimillionaires neglect the institutions that serve poor and working-class students, community colleges, public universities, and smaller non-elite institutions. They don’t seem to care that they are supporting a dysfunctional system that is devoting fewer and fewer resources to teaching, sustains a growing and bloated administrative structure, and ignores the poor and unjust conditions of adjunct faculty that now make up a substantial portion of the college teaching force.

The same is true of nonprofit hospitals, which rarely devote much of their budgets to helping the poor. Governed by powerful boards of corporate executives and wealthy donors, these tax-subsidized entities are running essentially a two-tiered system that provides excellent treatment for wealthy and well-insured patients but poor to mediocre care for low-income and uninsured patients. The quiet tolerance of donors and politicians allows hospitals to pay their CEOs exceedingly well.

Social and economic inequity is not only driven by the charitable gifts of the wealthy, it is also reflected in the causes and organizations to which they don’t give.

Among the causes that get neglected: advocacy groups that want to promote equity in the tax code or serve as watchdogs over government. Nor is the upper class providing much money to groups that seek new government regulations and enforcement of the rules that are designed to protect Americans’ health, housing, and the environment or to fend off predatory financial institutions and build movements for social change. At best, some millionaires and billionaires give money to tinker at the edges of today’s system but are unwilling to provide the dollars or advocacy voice that would lead to real change.

It’s not just the giving patterns of the people on the Forbes 400 that is the problem. The institutions created by donors over the past century are also adding to the inequities.

Many of the nation’s foundations have been quietly making access to their grant making increasingly difficult, especially for small nonprofits and grassroots organizations.

In the past 15 years, it has become more popular for foundations to handpick who gets to apply for a grant.

At least 60 percent of foundations do not accept unsolicited proposals, reports the Foundation Center, and as strategic philanthropy has become popular, many grant makers are making it clear that they want to support only organizations that are willing to carry out the foundations’ priorities, goals, and approaches.

Rarely are those priorities helping the most vulnerable people in society. Instead, philanthropy is keeping established institutions going and making it ever tougher for community groups that would push for social change to get the financing they need.

Meanwhile, big foundations like Gates, Broad, Walton, and Lumina have become energetic players in trying to shape national and regional public policies. Using the power of their money and political contacts, these institutions are increasingly diminishing the voice of poor and vulnerable constituencies and the nonprofits that represent them.

It is hard to imagine philanthropy will do much to transform the wealth gap anytime soon given the composition of foundation boards, which continue to be dominated by America’s elite and rarely include average citizens or leaders of nonprofits with expertise on the problems grant makers are trying to tackle.

They don’t represent the face of America; they can’t be expected to challenge the status quo.

While some watchdog groups and public-interest organizations have tried to rally citizens to push philanthropy to change priorities, it’s always been hard to encourage Americans to put pressure on donors to give differently.

But perhaps some of the leading people in philanthropy can start cajoling their peers to change. Michael Bloomberg’s growing commitment to pushing gun control and ending the violence that disproportionately hurts the people who live in America’s poorest regions is a positive sign. And there are indications that new leadership at the Ford Foundation will help the philanthropy return to its role as one of the driving forces in promoting equity.

Let’s hope they and others remind donors that the whole reason philanthropy is subsidized by the tax code is to serve society. And creating more inequality isn’t achieving that goal.

In the meantime, don’t hold your breath that change is coming.

Pablo Eisenberg, a regular Chronicle contributor, is a senior fellow at the Center for Public and Nonprofit Leadership at the Georgetown Public Policy Institute. His email address is pseisenberg@verizon.net.

|Taken from The Chronicle of Philanthropy, July15, 2014